Journey to Grand Bassin with the EURO section

On November 18th, we went to Grand Bassin.

During our walk we saw signs about legends like the one about the black petrel.

We heard that it’s a rare bird, with black feathers, a dark-tipped yellowish beak and dark eyes, making a shrill cry that echoes during the night in the ramparts. It was enough to frighten the inhabitants of this small village and gave birth to the Timize legend. At the origin of these mysterious stories, the Bourbon Black Petrel had long been a scientific enigma.

In fact, we have lots of testimonies of people who lived in Grand Bassin, like Josiane Nativel who said that everyone thought it was a bird but she believed it was something else because November is the month of the dead.

Yolande Boyer told us the legend of « Timize » which says that you mustn’t go alone outside otherwise the « Timize » will catch and kidnap you. Its scream was terrifying because it sounded like a baby crying.

People thought it was an evil spirit, when they heard the scream they said prayers while they were walking. Julien Nativel said it was a bad ghost and now we no longer hear it.

The Bourbon black petrel is now considered an extinct species. We have heard many pieces of information during the walk, it was a good experience.

Our journey to Grand Bassin

At first, we discovered the view on Grand Bassin from the top and then we began to go hiking. It was maybe a little bit hard when we arrived at the end of the trail, but knowing what we were about to see when it is finished made us forget how tired we were.

As the teachers knew that hiking in Grand Bassin is quite difficult, they just started some games, so that we could forget a little bit the difficulties encountered. We played two games, with the same name: “Killer party”. The concept of the first one was that everyone had a card, with how to “kill” the target, and the goal of the second one was to “Kill” someone, reminding them to speak English when they spoke French five times.

We all had stars in our eyes when we discovered the spot, such an amazing place! At first the majority of us wanted to go swimming but the water was super cold. Nevertheless we swam to the waterfall, it was hard but the reward was cool. Then some girls took pictures for their Instagram accounts and to have memories from this trip.

Finally, this outing allowed us to get closer to each other and deepened the links between teachers and students outside of the school context. It was a very pleasant outing! 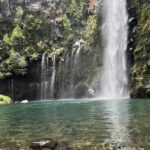 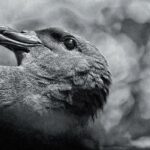